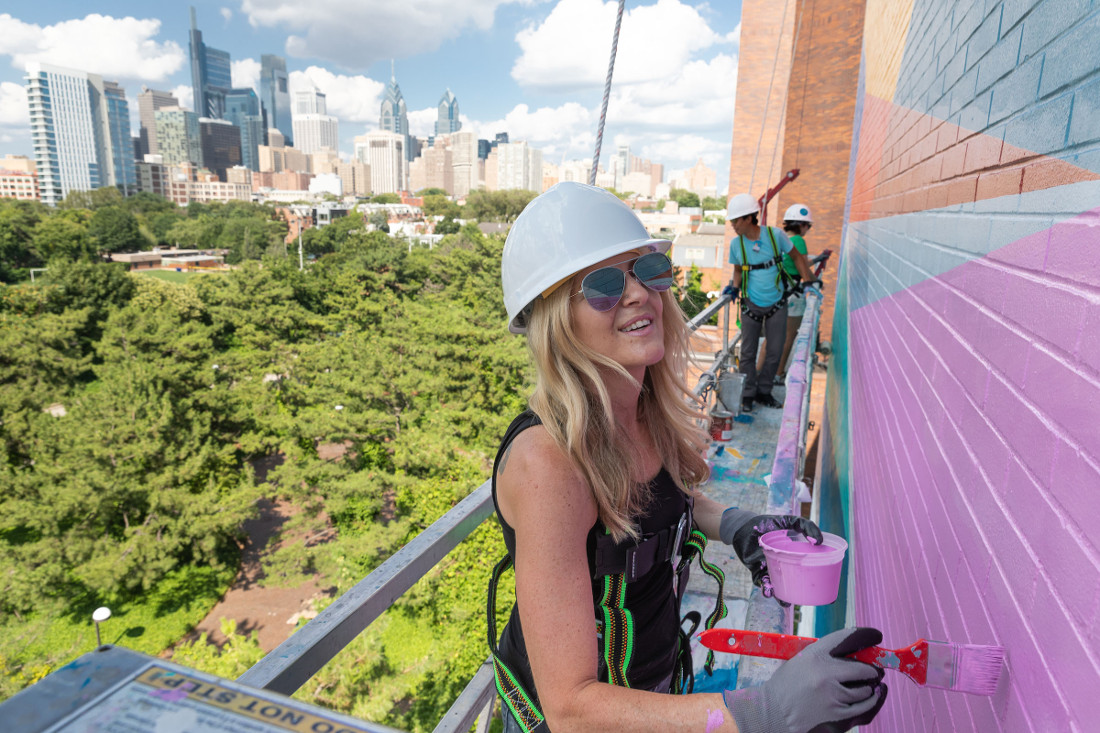 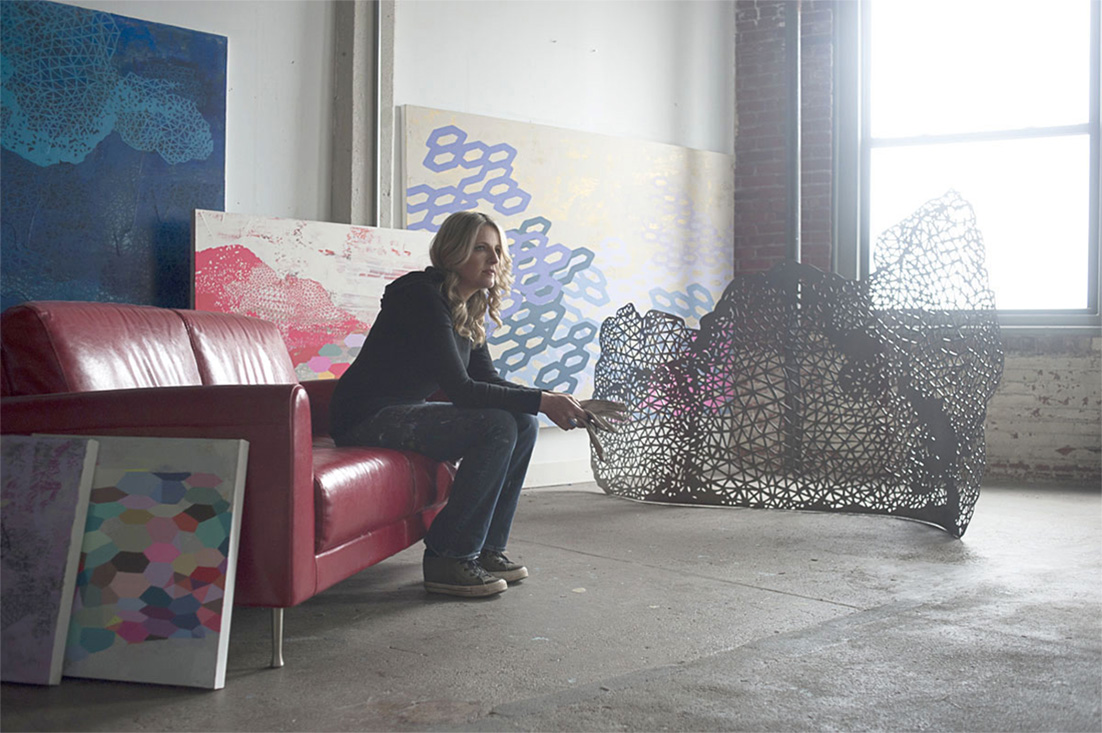 Artist and part ocean explorer, Rebecca Rutstein – whose work spans painting, sculpture, interactive installation and public art – creates work at the intersection of art, science and technology. With interests in geology, microbiology and marine science, Rutstein is passionate about creating visual and interactive experiences that shed light on places and processes hidden from view, forging a dialogue about environmental stewardship in the face of our climate crisis.

Rutstein has been an artist-in-residence in Iceland, Hawaii, the Canadian Rockies, Washington’s San Juan Islands, California’s Santa Cruz Mountains and along the banks of the Gihon River in Vermont. Most recently she has collaborated with scientists as an artist-in-residence on board research vessels sailing from the Galápagos Islands to California, Vietnam to Guam, Tahiti, Costa Rica, in Mexico’s Gulf of California and in the Salish Sea off the coast of British Columbia. In 2018, Rutstein made her first two deep sea dives to the ocean floor aboard Alvin, a fully submersible, 3-person vessel able to withstand the crushing pressure of the extremes of the deep ocean. Her ongoing collaborations with scientists through residencies and workshops have been funded by the National Science Foundation, National Academies of Science / Keck Futures Initiative, Ocean Exploration Trust, Schmidt Ocean Institute, Delta Airlines Foundation, University of Washington, University of Alabama and the Philadelphia Foundation.

Rutstein has received the prestigious Pew Fellowship in the Arts, an Independence Foundation Fellowship, a Pennsylvania Council on the Arts grant, an Alabama Council on the Arts grant, was named an MIT Ocean Discovery Fellow, and was recently awarded the Delta Visiting Chair for Global Understanding; an award given to leading global scholars and creative thinkers who conceive and produce groundbreaking work at the University of Georgia, including a year-long solo exhibition at the Georgia Museum of Art.

With over 30 solo exhibitions, Rutstein has exhibited widely in museums and institutions, and has completed several public art projects including a major mural on the AT&T Building in Philadelphia. Rutstein has been featured on ABC, CBS, NPR and in the Wall Street Journal, Huffington Post, Vice, Philadelphia and Vogue Magazines. Her work can be found in public collections including the Philadelphia Museum of Art, the Pennsylvania Academy of the Fine Arts, Georgia Museum of Art, Yale University, University of New Mexico, University of Washington, Temple University, Johns Hopkins Hospital, Albert Einstein College of Medicine, AT&T and Delta Airlines.

Rutstein holds a BFA (magna cum laude) from Cornell University, with abroad study in Rome, and an MFA from University of Pennsylvania. She enjoys speaking about the intersection of art and science and has been a guest speaker at institutions across the country including Stanford University, University of Texas, University of Washington, University of Alabama, University of Rhode Island, Temple University and as a plenary speaker at the Alliance of Research Universities Conference (2018) on Arts & Sustainability at the University of Georgia. Rutstein has been represented by the Bridgette Mayer Gallery in Philadelphia since 2001, and also works with Sherry Leedy Contemporary in Kansas City, Space Gallery in Denver, and Galeri Urbane in Dallas.

Worlds are happening alongside ours that are invisible to us. And yet there is an interconnectedness of all things in the natural world. Through collaborations with oceanographers, microbiologists, molecular scientists and planetary geologists I’ve been given a rare window into hidden systems within our environment. I marvel at the fractal patterns found in nature, often utilizing the language of geometric abstraction. My works are inspired by phenomena like the intricacies of microbial structures, cosmic rays or bioluminescence in the deep sea. The works I create are meant to speak on a visceral level but often resonate beyond aesthetics to engage the viewer more deeply with processes in nature. Through painting, sculpture and installation I create visual interplays by juxtaposing stylistic and conceptual frameworks: micro/macro, graphic/atmospheric, positive/negative, organic/geometric, expressive/restrained, handmade/mechanized, linear/solid. I feel passionately about creating visual and immersive experiences that shed light on places, processes and networks hidden from view, to foster connection with the natural world in the face of our climate crisis.